In Praise
Of Fencerows
By: David Kline

This web page has been created to provide supplemental information for viewers of my YouTube video titled In Praise Of Hedgerows. That video was preceded by two other pertinent YouTube videos: Wendell Berry's Hedgerow Essay and Hedgerows or Fencerows?

If you would like to know more about David Kline and his farm in Ohio, Click Here and Here.

David Kline is also the editor of Farming Magazine. Farming is an excellent publication that has promoted responsible, small-scale, sustainable farming (and rural life) for many years. I encourage you to check it out. You can go to the web site and read a sample issue.

If you scroll down to the bottom of this page you will find a YouTube movie about David Kline and his farm. And you will also find an excellent film clip from 1942 about the art of  "laying a hedge" in England.

Thank you, David Kline, for giving me permission to share your essay here... 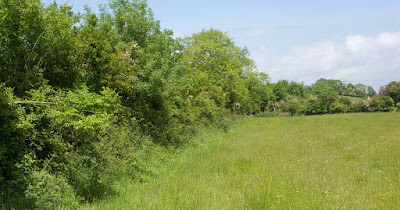 In Praise of Fencerows
By: David Kline


Dividing our farm from the farm east of us is a fence: or, perhaps I should say, the remnant of a woven-wire fence held up by a tangle of blackberries, raspberries, wild cherry trees, and a myriad of “weeds.” This fencerow is unkempt and neglected, but it abounds with wild things.

Even though the fencerow abounds with activity throughout the year, the apex of its life occurs in mid- to late summer with the ripening of the blackberries and wild cherries and the blooming of the goldenrod. Their abundance invites the greatest diversity of creatures, from the colorful locust borer beetles and monarch butterflies on the goldenrod to the late-nesting goldfinches on the brambles, and the many birds and mammals feeding on the berries and cherries.

Brushy fencerows are in a sense a gift from man to nature—at least if, after the posts are dug in and the fence stapled to the posts, nature is given some free rein. Birds sitting on the fence and posts will pass undigested seeds in their droppings. Some of these seeds of blackberry, wild cherry, elderberry, bittersweet, sassafras, mulberry, and unfortunately, in some areas, multiflora rose, will take root in the loose soil around the posts and later in soil dug up by the woodchucks. Chipmunks scurrying along the fence will bring and bury nuts while the wind will deliver dandelion, milkweed, and thistle seeds—all ingredients for a healthy fencerow.

In the northeast corner of the field that borders the fencerow is a rock pile along with a few broken pieces of plowshares and cultivator points. Next to the rocks are some shoots of serviceberry (or Juneberry), sprouts of a tree likely planted by a bird maybe a century ago.

The serviceberry brings back memories of my boyhood and the neighbor who used to own and till the next farm. He was a farmer of the old school, intelligent, interesting, and full of wisdom, and suspicious of all the newfangled innovations in agriculture. For years he farmed with a Fordson tractor and a team, then finally went to a two-plow Ferguson tractor (new in 1949 from Wirt Tractor Sales in Moreland). Yet the tractor never really sped up his life. He always had time to stop whatever he was doing in his fields for a visit with us beneath the serviceberry, a tree he loved, for it was the first to bloom in the spring.

The serviceberry blew down in the blizzard of  ’78, ten years after the neighbor died. New shoots are now growing from the stump. The spring after the blizzard, a shellbark hickory sprouted several feet from the serviceberry, at the edge of the gateway between our farms, and today is at least thirty feet high. It is now bearing nuts.

The predominant tree along the fencerow, though, is the wild cherry, and, as food for wildlife, it is the most important. In late summer and early fall many different kinds of animals feed on its abundant fruit. This includes the red foxes, raccoons, skunks, opossums, and even deer. Sometimes when hauling wood from stacked piles in late fall, we discover caches of wild cherry pits that deer mice and chipmunks have stored for the winter. Birds, likewise, relish the cherries and feed heavily on them for a month or so. We use them ourselves to make a delicious jelly.

From April through July the fencerow rings with bird song. While we were plowing alongside it this spring, several song sparrows, a pair of bluebirds, and a cardinal entertained us. The bluebird nested in a box across the gateway from the hickory. Later, in May, I spotted a Tennessee warbler and other migrants.

The most important mammal in the fencerow must be the woodchuck. By their penchant for digging burrows, the woodchucks provide homes not only for themselves, when abandoned, many other mammals use the holes. Most skunks, and many opossums and raccoons, live permanently in woodchuck burrows. Red foxes will also use the woodchuck’s home to raise their pups. Should a woodchuck be in the burrow in late winter when the vixen decides on a location, the hapless animal is often killed when the fox takes over the den. Once a burrow becomes flea-infested, the young foxes are moved to a new den, where, very likely, another woodchuck will be kicked out.

Cottontails, too, in severe weather seek the safety of a woodchuck hole.

Woodchucks do, however, eat hay crops, soybeans, garden vegetables, and sometimes young corn plants, and so many farmers and gardeners despise them. Varmint hunters shoot thousands each year. But in spite of persecution by dogs, foxes, and shooters, this hearty animal is thriving. Last summer when I cut the first round of oats I found four new burrows. As long as there are fencerows, there will be woodchucks.

Fencerows often serve as travel lines for animals, especially deer and foxes, and on hillsides fencerows help to control erosion. Many fields on the uphill side of a fencerow are a foot or more higher than the field on the downhill side. Another benefit of the fencerow is that it is a renewable source of heat for the winter months. In a year or so the bigger trees in our fencerow can be cut and sawed into stove-lengths. For a fast-growing tree, seasoned cherry is surprisingly good firewood. The wild cherry stumps will quickly sprout shoots, growing sometimes six to eight feet in the first year, and the cycle will be repeated about every ten years. Cutting some of the trees will not greatly harm the value of the fencerow for wildlife, particularly if the brush is left in piles for additional cover.

Sadly, fencerows have become unfashionable. They began disappearing when the bulldozer became affordable, farm and machinery size increased, and 2,4-D brush killers were developed. Weed killers and clean mowing invites fescue to take over and the fencerow becomes a biological desert. Soon after the demise of the fencerow, hunters began complaining about the scarcity of rabbits and pheasants. The blame was mistakenly put on the fox and the owl.

When we consider tearing out the fencerow, we think of the buck rubs, then the fox den, the possibility of a covey of quail, the serviceberry…bulldozing this ribbon of life definitely wouldn’t be “cost effective.” Too much would be lost.

The following picture shows the rural countryside around my home here in Upstate New York. The yellow arrow points to where the deer stand I built (and show in my YouTube video Hedgerows or Fencerows) is located.

And finally, if you have made it this far in the discussion of fencerows and hedgerows, I recommend This Excellent Article about the value of hedgerows.

Have you seen my Garden Idea book? 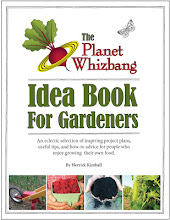 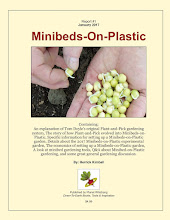 You simply must visit Planet Whizbang... 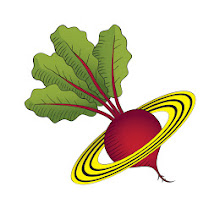 It's my homestead-based mailorder business. Click the beet and stop on by.